Determination at Its Finest. Jerry graduated from Texas A&M University with a degree in Range Science and began his 26-year career in the fertilizer industry with American Plant Food Corporation in 1992.

Jerry quickly rose through the ranks of APF, gaining expertise in production, sales and procurement, world-wide distribution and management of multi-site programs. As Operation Manager in Galena Park in 1998, Jerry also became a Liaison to BASF, and contributed to over 19 years of successful partnering with the chemical company’s Freeport, Texas location.

Three years later, Jerry joined Joe Newcomb with Truth Industries, Inc. in The Woodlands, Texas. He is now the former President. Jerry and his wife and two daughters have called The Woodlands their home for the last 20 years. 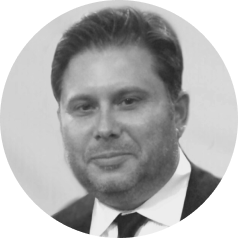 His 25+ year career started by working for the former Arcadian Corporation (Acquired by PotashCorp and now Nutrien), a Fortune 500 company and the nation’s largest producer of Nitrogen fertilizer. In 1993, Mr. Newcomb began his management career with Shrieve Chemical Company in the Woodlands, Texas, which included stints as a Regional Sales Manager, Vice President, Board Member and Shareholder.

In 2012, Newcomb founded the production company TRUTH Entertainment. Their first film, Dallas Buyers Club, starring Matthew McConaughey and Jared Leto, was praised by audiences and critics alike. The film grossed over $100 million worldwide and was nominated for six Academy Awards®, taking home an Oscar for lead actor, supporting actor and makeup and hair.

In 2017, Truth Chemical and Industries was sold to The Plaza Group.

In 2018 Jerry Newcomb, former President of Truth Industries and Cousin of Joe together partnered to form NeuAG, LLC.

Mr. Newcomb is a founding member of The Woodlands Chapter of the Lumen Institute for business leaders. He currently resides in the Woodlands, Texas with his wife of 30 years and their four children.